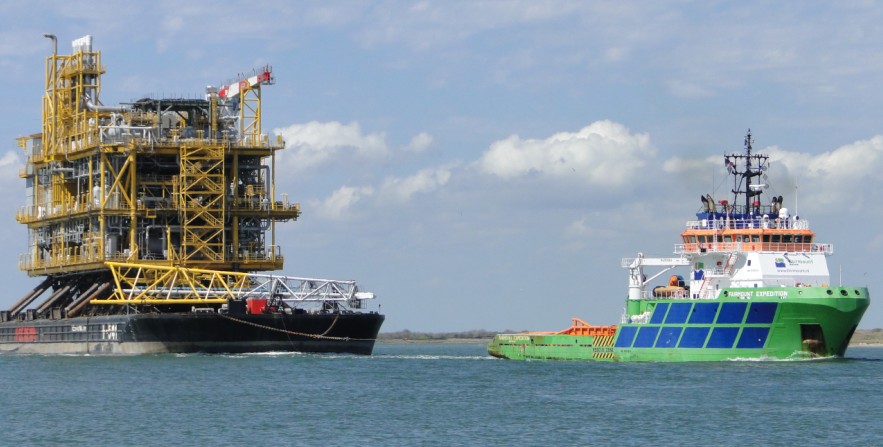 Fairmount Marine’s powerful tug Fairmount Expedition has safely delivered a 18,000 ton topside for process, utilities and living quarters for the Castor project offshore Spain. The topside was loaded onto Heerema’s H-541 barge and towed from Corpus Christi towards Spain.

The Castor project is a 1,3 billion cubic meters submarine gas storage project at a depth of 1,800 metres, 12 miles offshore Valencia at the east coast of Spain in the Mediterranean Sea. The topside was build in Corpus Christi, US. Fairmount Marine was hired for the towage across the North Atlantic by Heerema Marine Contractors.

Tug Fairmount Expedition had to mobilize the barge H-541 from Flushing, the Netherlands, to the US first. Upon arrival of tug and tow in Corpus Christi, the topside was loaded onto the barge, where after the barge was prepared for towage across the North Atlantic. On the morning of October 12th, the Fairmount Expedition crew started with preparations for the towage connection. After the towage connection was established the convoy left Corpus Christi around noon the same day.