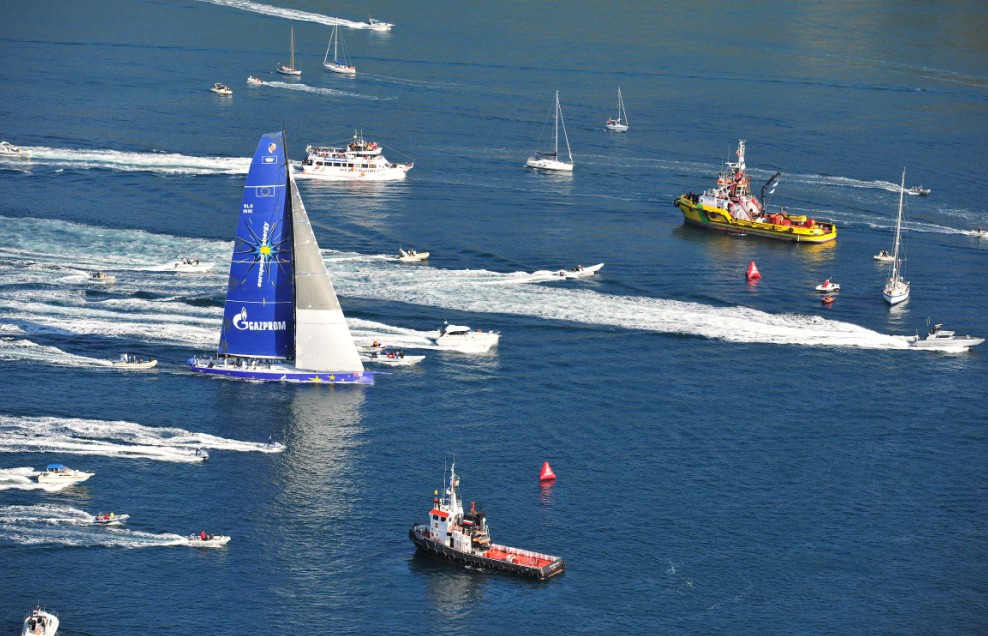 Esimit Europa 2 yacht won the 43rd Barcolana regatta among the 1761 entrants and thousands of spectators, completing the 16,5-miles long course in 58 minutes and 5 seconds. Weather conditions with winds up to 24 knots were favourable for European flagged maxi yacht, which sails under the patronage of Jose Manuel Barroso, president of the European Commission, and with Gazprom as her main sponsor.

Owner of the yacht, Igor Simcic, and his all-star crew, composed by the best sailors from six European countries, started off perfectly and immediately took the lead, sailing on average at about 15 to 20 knots. The yacht’s victory in a fantastic atmosphere in Trieste was very well deserved – the experienced team, skippered by a legendary German sailor Jochen Schümann, prepared a great strategy, therefore victory at the largest single-start regatta in the world was not put under the question mark at any stage of the race. The team’s success was endorsed by the crowd of a few hundred people at the dockside, including members of the European Parliament, ambassadors from different European countries and chairmen of some of the largest European enterprises.

“First of all I would like to congratulate this amazing crew, who went beyond their possibilities to win for Europe again. I dedicate the victory to all sailing enthusiasts, ambassadors, diplomats and businessmen, who came to Trieste to see what can be done with cooperation and complete dedication to the common goals. Europe needs winning symbols more than ever and Esimit Europa 2 proves for almost two years that by joining their forces Europeans can achieve supreme results”, said Igor Simcic, owner of the Esimit Europa 2 yacht.

“The crew has been practicing the manoeuvres over the past week in the Gulf of Trieste, therefore got a chance to become familiar with sea and weather specifics of this area. Together with the rest of afterguard, Juan Vila as navigator, Vasilij abogar, Sidney Gavignet as tacticians and Alberto Bolzan behind the helm, we have prepared great tactics, which very well paid off. We really got maximum out of it. Congratulations also to the rest of the crew, it was a privilege and honour to share this amazing experience with them”, added Jochen Schümann, skipper of the Esimit Europa 2 yacht.

The last regatta on the schedule of Esimit Europa 2 for this season is the 606-mile offshore Rolex Middle Sea Race, which will start in Grand Harbour in Malta on 22 October. As one of the most demanding and competitive regattas in Europe, it will guarantee a unique experience for the yacht as well as for the crew.