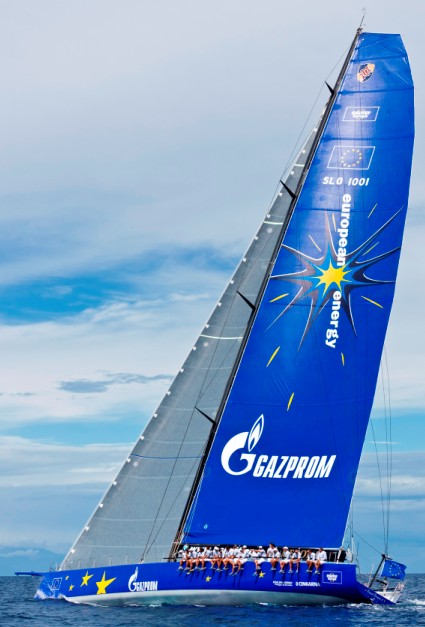 Igor Simcic, founder of the Esimit Europa project, met Cypriot government officials in Nicosia. He received an invitation to take part at the official protocol at the Cypriot Council of the EU presidency in the second half of the year.

Simcic had separate meetings with Andreas D. Mavroyiannis, Deputy Minister to the President for European Affairs, and Alecos Michaelides, Permanent Secretary of the Ministry of Communications and Works. They have continued discussions about different possibilities of the Esimit Europa 2 yacht’s presence at the official event during the presidency take over.

Namely, the Esimit Europa 2 yacht sails under the patronage of José Manuel Barroso, president of the European Commission, and with representatives from different European countries aboard encourages economical and political cooperation between the European nations.

Cypriot government’s officials are pleased by the fact that the Esimit Europa 2 yacht is registered on Cyprus and therefore links Cypriot maritime tradition to the high-level European projects. In addition, they have asked Igor Simcic to put the official logo on Esimit Europa 2’s mainsail during the entire period of the presidency.

»I found the invitation to take part at the Cypriot Council of the EU presidency take over as a great honour and a big recognition to the project’s endeavours in the field of international diplomacy. In the upcoming weeks we will make a detailed analysis of the possibilities of our cooperation and send a proposal to the Cypriot government.

We are happy to help Cyprus in fulfilling the priority tasks during the presidency and additionally strengthening its close relationships with the all EU member states,” said Igor Simcic, founder of the Esimit Europa project.