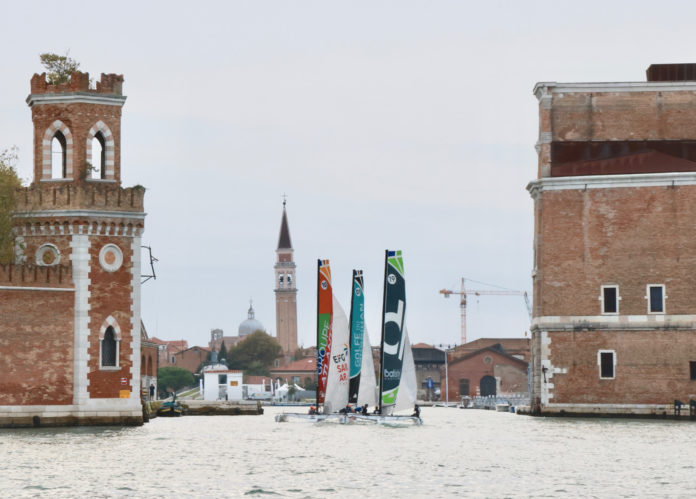 Sail across the length and breadth of Italy with the Nastro Rosa Tour. Set across eight stages in the most ravishing coastal locations Italy has to offer, this tour merges the sea and the coast of Italy. The first two stages include Genova on the 27th of August and Roma/Civitavecchia on the 31st of August.

The tour will feature three thrilling disciplines, representing the most modern equivalents within the world of sailing. That is the Double Mixed Offshore, selected for Paris 2024, representing the fastest growing discipline in sailing, the hair-raising High-Performance DIAM24 trimarans delivering proper windswept action, and finally, Kite Foiling, the new Olympic discipline making its debut at the 2024 Olympic Games in Paris.

The Double Mixed Offshore is a discipline that encompasses the charm of navigation, rigorously on one-design boats at the forefront of technical content designed for Double Mixed Offshore regattas. High-Performance boats fascinate the public with their highly competitive and adrenaline-pumping profile. They race in the Stadium Race or Coastal Race format, a particularly enjoyable mix for lookers-on from the coast. Kite Foiling is a discipline with millions of practitioners around the world. The formula is that of a “relay” in teams made up of one man and one woman.

Thirteen crews from nine different countries are expected to participate. ICARUS Sports will be on the ground, or rather sea, and will be responsible for the production and distribution of footage and interviews for TV usage.