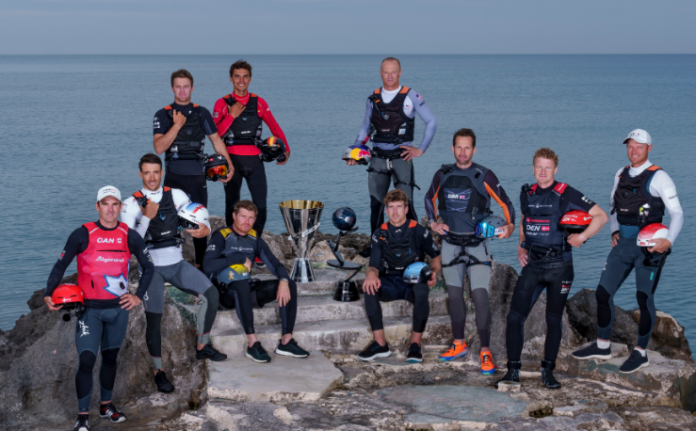 The new entrants, along with the rest of the event field, Denmark, France, Great Britain, New Zealand, Spain and the United States will be looking to take the title from Tom Slingsby and his Australia team. Due to a series of external factors – that has meant the fleet’s tenth boat cannot be completed in time – Japan will miss the first three events of the season, including Bermuda.

Slingsby, meanwhile, is well aware of the target on his back heading into the opening weekend after claiming the first two SailGP titles.

Slingsby said: “It’s going to get tougher and tougher, the teams are getting better and they’re going to start catching us. I think as everyone gets more competitive and with more events, we now have pretty severe penalty points, and with the boats getting closer, it’s really going to be about staying out of trouble.”

After a number of major collisions leading up to and during the Season 2 Grand Final, the penalties for competitors making contact with other F50s have been dramatically increased. It was a hot topic of conversation amongst the drivers at the official pre-season press conference.

Driver of the Great Britain team, Sir Ben Ainslie, said: “It requires a total rethink in how you approach the racing, from our perspective, we fell foul of it a couple of times last season for different reasons but we have taken the time between Sydney and this event to really re-evaluate our risk and reward approach to racing and it’s going to be a factor for sure.”

Season 2 Grand Finalist and two-time America’s Cup winner Jimmy Spithill was similarly concerned about the potential impact the new rules could have on his U.S. team in Season 3.

Spithill said: “The end goal is to be in the main event and to do that you’ve got to be careful with these penalty points. If you have one or two collisions or contacts out there, that’s season over. With more boats and teams pushing harder, the race courses are tight, you’ve really got to think about that.”

Canada might be a new entrant in the field but it has one of the league’s most experienced drivers in Phil Robertson, who is leading his third team in three seasons.

Robertson said: “Same old Phil, different season, what’s cool about starting a third team is you’ve done a lot of learning with the first two and made a few mistakes and learned from them. We’re coming in stronger than we did with the other teams, I’m confident with the team. We’re here to win and that’s what we’re set out to do, our goal is to be competitive as soon as possible and be beating the guys at the top of this league.”

The other new team, Switzerland, features the league’s youngest driver, Sébastien Schneiter, who, at 26, is planning to give it his all to compete in the experienced field. Having launched the team last summer, Schneiter and his Swiss team were the first F50 to launch in Bermuda and managed to get in a few weeks of vital practice ahead of the opening event of the season.

Schneiter said: “It’s something very unique and I wish everyone could try it. There’s nothing that can get you close to it. It feels like you are driving a monster that can bite you back at any time. We’ve been sailing here around 10 days on the Great Sound and we were trying to push as hard as we could with the maneuvers but yesterday was the first time we were on the start line and it felt like we were thrown in the washing machine and didn’t really know what was happening. There’s only one way you can sail those boats and it’s full steam.”

Teams compete for two trophies in SailGP, with the second season of the Impact League, SailGP’s second podium for the planet, also starting in Bermuda. The Impact League tracks the positive actions the teams make to reduce their overall carbon footprint and help accelerate inclusivity in sailing. New Zealand were the first winners in Season 2, and driver Peter Burling is aiming for his team to defend its title as well as targeting a podium finish in the overall championship.

Burling said: “I think definitely the competition is heating up a lot in the Impact League – we’re very pleased with our performance as a team last year and it’s something we want to set high for the other teams, it’s going to be hard to win it again but it’s what we’re aiming to do.

“In terms of the Championship, it was definitely a tricky season for us in Season 1. We missed a little bit of training and it really felt like we were on the back foot all season. So this season we’ve kept a very similar line up to last year and we’re looking to keep improving and make little changes to a whole heap of different areas, which will hopefully pay off.”

Bermuda is the first of 10 confirmed venues (with one still to be announced) that will form the Season 3 calendar. Chicago is the next stop for SailGP, before visiting Plymouth, Copenhagen, Saint-Tropez, Cádiz, Dubai, Singapore, Christchurch and San Francisco.

The season gets underway May 14 at 1400 local time. For all the details on how to watch around the globe, visit SailGP.com/watch.