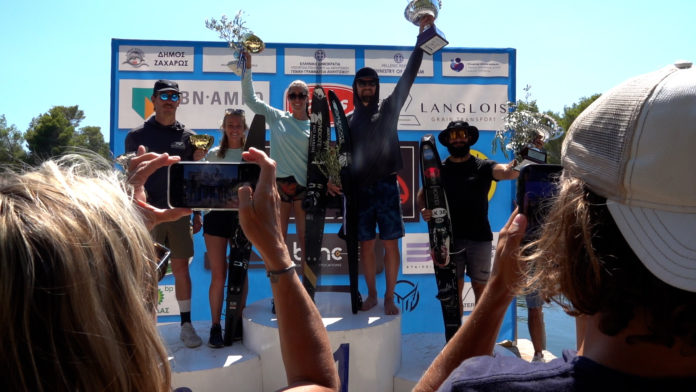 In the best possible way, the 1st Water Ski World Championship “Kaiafas Battle 2022” has completed. The outstanding athletes were completely satisfied by the organization & the enthusiastic audience, so they all renewed their appointment for next year.

In Pro Men’s category, the British Will Asher confirmed the title of the winner by taking the victory, while the podium was completed by his compatriot, Frederick Winter and the Italian Matteo Luzeri.

In women, Jaimee Bull remained undefeated for 2022. The Canadian athlete, although pressured by the performances of the American Allie Nicholson and the Italian Beatrice Ianni, nevertheless managed to be crowned the “Queen” of the “Kaiafas Battle 2022”.

Against the backdrop of the magnificent Kaiafas Lake and under excellent weather conditions, the leaders of the Kaiafas Battle 2022 emerged. Today was a huge waterski celebration, which was digitally transmitted to 170 countries, with huge visibility and success.

The best is yet to come, the history of waterskiing is being rewritten today & the 2023 races are only… one year ahead!!!