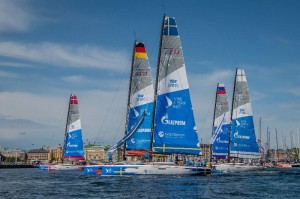 Nord Stream Race 2019 started in Kiel on June 23rd when the former German chancellor Gerhard Schroeder officially opened the international competition when he fired the starting gun.
After a race over 150 miles, the five ClubSwan 50s arrived in Copenhagen. The Danish team was the first to reach the finish line celebrating the proud of the nationality.

Leg 2 was a nervy wrecker, plenty of wind holes and ”restarts”: after a race of over 390 miles the team with the only two women aboard was the first to reach the finish line, that is KSSS from Sweden. The efforts of all the teams were awarded with a sauna in Sandhamn and a great welcome party at the yacht club.

Tough conditions, strong breeze for the 230 nautical miles went with the crews from Stockholm to Helsinki, where the Leviathan Sailing Team from Russia reached the finish line in the first position.

Well-known athletes joined the Nord Stream Race, too: the famous German ski crosser Daniel Bohnacker, the Stockholm Olympic champion in Alpine skiing André Myhrer and the Swedish hockey player Josefine Holmgren were onboard the respective national ClubSwan 50s.
After his experience on board Norddeutscher Regatta Verein ClubSwan 50, Daniel Bohnacker declared “It was an incredible experience and it was fascinating to see how it works as a team; you definitely have to keep your speed so this is a similarity that I have found with my sport”.

For the 4th leg the Russian team was again the leader; the yachts reached St. Petersburg with extremely harsh condition and up to 35 knots along their route. 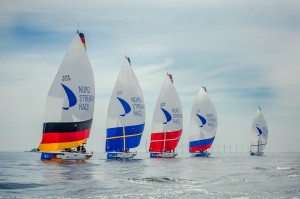 After 2 weeks of racing, Leviathan Sailing Team (RUS) was declared the winner of 2019 edition of the regatta which “connects Baltics through sport”. In order to underline the strong connection between Nord Stream Race and The Nations Trophy, Nautor’s Swan was pleased to award the best-placed team of the 7th edition of the Nord Stream Race with the opportunity of joining the event in Palma next October 8-12 onboard a Swan 45 or  a ClubSwan 42.

This opportunity will permit the Nord Stream Race winner to race in Palma de Mallorca, fighting for its Nation.
Enrico Chieffi, Vice President of Nautor’s Swan, comments: “we are proud to celebrate the common principles of a fair competition among Nations, that creates a natural link between The Nations Trophy leagues and the Nord Stream Race” 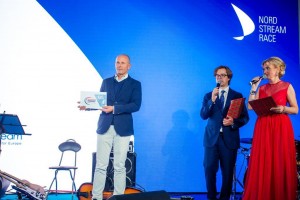