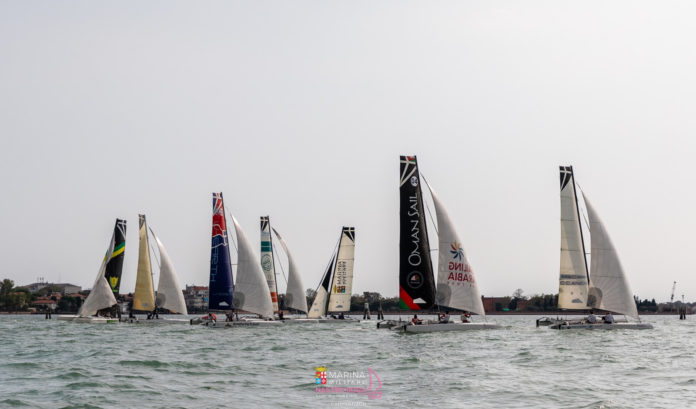 It will therefore be between Marina di Ravenna and Venice (coefficient 0.2) that the fate of the world championship supported by World Sailing and held under the aegis of the Italian Sailing Federation will be decided: an exciting and hard-fought three-way match race is expected, in the part of a fleet leveled to the point of transforming each of the competing crews into pieces of a puzzle that will be completed only on the finish line, positioned near the Punta Sabbioni lighthouse, in front of the Lido of Venice.

The Marina Militare Nastro Rosa Tour, organized by Marina Militare, Difesa Servizi SpA and SSI Events, will celebrate the champions of the Beneteau Figaro 3, Diam 24 and kite foil classes on the afternoon of September 25th at the Venice Arsenal where, starting at 17.30, the awaited award ceremony is scheduled in the presence of important institutional offices.

The fraction of Venice is supported by the Compagnia della Vela, whose president Pier Vettor Grimani declared: “We can only be proud to be part of this wonderful adventure. Supporting the activities of the Navy Nastro Rosa Tour, in such a prestigious context as the Arsenale, makes the Compagnia della Vela an interlocutor who reaffirms the availability of its skills in favor of the institutions. So thank you to the Nastro Rosa for inviting us to be part of this reality ”.